R&D is the keystone of economic growth. From the start of the research by Solow(1959), R&D has the positive effect on economic productivity and growth(Mankiw, 1995; Morikawa, 2013). Some research related to economic growth found that the relationship between R&D and GDP is valid evidence(). The intrinsic economic growth theory reveals that R&D has more influences on economics than the finance and the investment.

Some research suggests that the quality of japanese R&D becomes a remarkable decrease(Fuyuno, 2017).

In fact, R&D expenditure to GDP is higher than other OECD countries(OECD, 2018). Fuyuno(2017) pointed that the quantitative level of japanese R&D deteriorates because the number of the paper written by japanese researchers is lower than the past. Top 10% paper and Top 1% paper to the reference rate in japanese paper decrease. Moreover, as the number of references of japanese paper decreases, the qualitative level of japanese R&D has fallen(Fuyuno, 2017; MEXT, 2016).

Both the qualitative and quantitative decline of japanese R&D is sever. In this context, the decline of R&D expenditure at japanese policy get the level of R&D to be lower. It contradicts the japanese policy which fosters the new production and the innovation.

③The Pos-doc problem and the distribution of research funds

The Ministry of Education, Culture, Sports, Science and Technology(MEXT)(2018) reported that 70% of PhD has no tenure and examines with the anxiety for their future. In the Nature published in 2017, the anxiety for people having PhD is not only in Japan, but also worldwide problem(Woolston, 2017). This problem is called "Pos-doc problem" in Japan.

MEXT(2018) indicates that the postdoctoral people always have the three years term. In addition, they get distress to their situation in which they cannot examine their-wishing investigations and conduct the innovative research while the government found the short-term performance more important. They are in the environment in which they cannot do the new and original research.

To solve this problem, many universities make a variety of actions. But, PhD people need the new environment and system in order to examine without the anxiety for their future.

2)The problem of the distribution of research funds

Japanese scientific performance is relatively low while the research expenditure to GDP is higher than other OECD countries. As one reason, the research funds is not effectively distributed to researchers. In 1969 paper, it was pointed that there were the deviation and the waste of the research funds in Japan(Tanigawa, 1969). In the report of MEXT(2014), the popular national universities got more funds than other universities. Importantly the research performance was not correlated with the funds price. Whereas researchers got the much funds, they are busy in writing reports and did not have times to conduct their research(MEXT, 2014).

In fact, not only those who do not have so much research funds, but also researchers who get them generally spend less time to make a study(文科省, 2016). The reason why the correlation is not so strong in Japan is the inefficient use of research expenses.

The system is required that gets rid of the deviation of research funds and in that researchers spend enough time to conduct their research. In such the new system as redistributing the research funds or encouraging the joint research, researchers can share their excess expenses on other researchers who do not have them so much.

⑤The summary of discussions and problems

1) Japanese government should promote R&D in order to accomplish the economic growth and the innovation. But, the Japanese R&D expenditure is presently the decreasing trend.

2) Recently, Japanese research becomes lower both in the qualitative and quantitative level. The short-term research increases. There is no effective solution to them.

3) As the pos-doc problem, the high human capital like people having Phd is not effectively used in Japan. They conduct research with anxiety. We need the system that activates the joint research and in that they can focus on the research.

4) The problem is that Japan has lower research outcome than other countries while the japanese R&D expenditure to GDP is higher. The deviation of research funds and the less time to conduct research are the main reason to the problem.

5) Above, researchers cannot focus on their research. Therefore, it is difficult for them to challenge the new and innovative research.

Taken these discussion for granted, we make the system in which the following three points are satisfied: the system which fosters the joint research to improve the research situation in Japan, which solve the deviation of research funds as the type of the joint research, and in which researchers can focus on the investigation without the anxiety for the future.

I suggest the research crowdfunding system that is satisfied with above three points.

In this chapter, I suggest the system which adopts the crowdfunding into the academic R&D. The purpose of this system is to promote the joint research, to help researchers to individually gain the expenses for their research, and to extend the research network. When these are accomplished, I think to solve the problems in the chapter 5.

Mollick (2014)defined the crowdfunding as “the efforts by entrepreneurial individuals and groups -cultural, social, and for-profit- to fund their ventures by drawing on relatively small contributions from a relatively large number of individuals using internet, without standard financial intermediaries”. In the research crowdfunding system, “entrepreneurial individuals and groups” in this definition are replaced with the researcher. Researchers are added as the funder.

I define the research crowdfunding system as above. In figure 1, I show the general figure of this system. In Japan, there is one academic crowdfunding called "Academist"(Shitou, 2015).

The above system is common with two types. But, in the reward type, the researcher must give his/her research outcome report or product to the funder as the reward.

A flow of this research crowdfunding system is as followed: 1) putting in their research plan on the website. 2) waiting for the joint research or for reaching the set goal price. 3) conducting their research along their plan. ((4) report the outcome). It is three steps except that the funder chooses the reward type. Out of the joint research, researchers must not write the result reports so that they can focus on the study. The joint research can give the researcher to get the opportunity to study who could not gain research funds. Researchers use the private reception to conduct challenging and innovative research. They can do it without the anxiety for the failure to study.

Above is the basis of the research crowdfunding system This system takes over the crowdfunding. It can solve the three problems.

⑦The significance and the problem in this system.

Third, this system can be the way to solve the pos-doc problem. Even if the researcher does not get tenure, they can gain the money for their research through this system. It is important for the researchers to study except public research expenses. This system gets their anxiety to be lower. They can produce sufficient research results without public research funds. It is more possible for them to get tenure. This system can not solve the pos-doc problem fundamentally, but this system helps their anxiety to be settled.

Fourth, researchers can challenge the new research. There are many researchers who do not conduct their-whishing research with less funds. However, this system is the R&D specific crowdfunding in which they have no obligation to return the money or outcome. They can use the money to conduct their wishing and innovative research. In the results, this system fosters to produce the new goods and the innovation.

Fifth, this system builds the network of researchers. They do not know other's research except their research area. They come to know other research only at the association or the symposium. They can use this system to know each other. This makes the research communities. Activating the interaction with researchers cultivate new research areas.

Second is the problem of whether researchers accomplish their research after they got the money in this system. It is not so important from below two reasons. The first reason is the research priority. The researchers conduct their research as soon as they can. This is also the same as R&D. The second reason is the researcher's motivation. As pointed in the significance of this system, those who use this system want to conduct innovative and challenging researches. This encourages them to study. From these two reasons, the researcher makes it sooner. If they do not do it,their reputation deteriorates because of writing their name. In practice, Shitou(2016) reported the success of the crowdfunding specific to R&D. Instead of the possibility of the failure to study, it is impossible to stop doing it.

Please donate for the development of Psychology, Neuroscience, and Psychiatry

Mollick Ethan, 2014, The dynamics of crowdfunding: an exploratory study., Journal of Business Venturing, 29, 1-16. 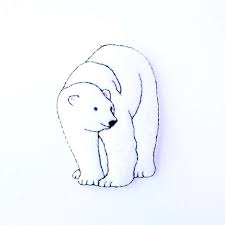 Copyright© Theories:アカデミアをあたりまえに Academia for All , 2022 All Rights Reserved Powered by AFFINGER5.